The list is out. I have a beautiful hard-cover book on my desk to prove it. 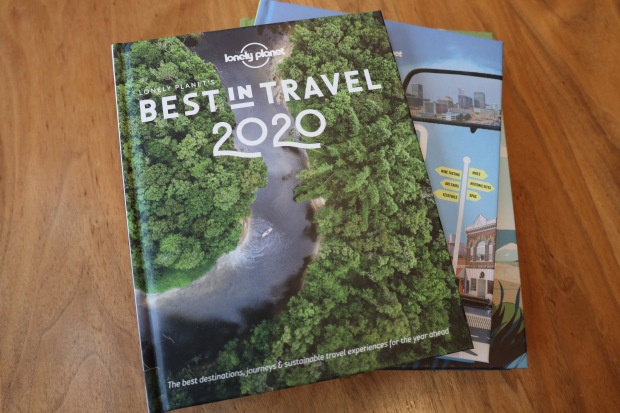 The Lonely Planet has announced the “Best in Travel 2020” – the results of an annual search to anoint the best places to visit in the year ahead.

The list was whittled down, via fierce debate, from a longlist of more than a thousand ideas. The result: a definitive proclamation of the 10 countries, 10 regions, 10 cities and 10 best value destinations, for 2020, each chosen for “its topicality, unique experiences and ‘wow’ factors.”

Morocco is having a moment. Uruguay is an oasis of calm stability. Set to become the first fully organic nation by 2020, Bhutan is only going to get more beautiful. And so it goes for more than 200 gorgeous pages.

But did anyone ask those places’ permission?

Not the tourism boards or the hotels or the Ministries… but the Places themselves?

In the closing days of the International Year of Indigenous Languages, I sat at my computer and watched a video of Dr Lorna Wanosts’a7 Williamsof the Lil’wat Nation delivering the keynote presentation in Paris to the International Conference on Language Technologies for All, hosted by UNESCO.

Three weeks after delivering that presentation, on December 27, 2019, Wanosts’a7 was awarded the Office of the Order of Canada from the Governor-General for her contributions to Indigenous education and for her advocacy of Indigenous language revitalization programs.

To open her presentation in Paris, Wanosts’a7 introduced herself in Ucwalmictws, her mother tongue, the language of this land, that I call Pemberton, where I have opted to make my home. Then she translated her opening statement into English, explaining that her first words were a greeting and acknowledgment: “Thank you to the ancestors whose spirits are on this land and the people who continue to care for this land where we are meeting today. We are here as visitors. We come with good thoughts. And good spirits. I am Wanosts’a7 from the Lil’watul. I introduce my family and myself to the land that we are meeting on today.”

Part of the work Dr Williams has devoted her life to, saving indigenous languages, is about helping us all find our way home, back into relationship with place. She urged the delegates to continue in their efforts to keep the planet’s 7000 languages alive, because:

I don’t know how to ask permission of a place I’m visiting, or introduce myself properly, or even to ask permission of the place that I settled on because I haven’t even bothered to learn the language of this land. Settling here was a straight-up transaction between me, the bank, the lawyers and the vendor – no relationships remain of those encounters, but the longer I live here, paying attention, observing, tending this little patch of Earth, the more I want to communicate with it – the trees, the creek, the bird visitors, the ancestors whose spirits are here. I want to relate to it, to be related to it. Those ways of thinking and interacting are housed in the world’s most vulnerable languages, embedded in the way the languages are built, whereas to try and express it in English, I have to bend the words and flex them around ideas that seem foreign and strange. (Ask permission of a place! Have a relationship with the trees!)

There’s a class offered just down the road that could help me find my way. That destination, Ucwalmictws language class, is giving me a more powerful call to action as this desperate decade opens, than any Best in Travel list. Maybe it’s delusional. Maybe I should just go to Aruba while it’s still pristine. But something thrums in me to Wanosts’a7’s words: we are needed. As allies of place. Not as consumers of it.

In December, Outside magazine named its “Outsiders of the Year”– the most influential people changing the outdoor world, chosen from a list of 81 nominees put forth by staff and contributors. The thirteen include Greta Thunberg and Lindsey Vonn, but also Shannon Stowell, 51 year old CEO of the Adventure Travel Trade Association, as “the travel-industry leader we need” for actually acknowledging the seriousness of overtourism, with worldwide tourist arrivals hitting 1.4 billion, ahead of projections, and growing. “We’re consuming ourselves to seeming inevitable destruction,” he told his membership base. Stowell suggests that the industry needs to stop using arrivals as a measure of success, and ask instead: how are the locals doing, how is the social fabric, how is the wildlife doing.

It’s kind of like asking, “may I?” before you stretch out your hand and take what you want.

Lonely Planet has attempted to address the burgeoning crisis of overtourism, with a final chapter in the Best In Travel 2020 compilation called Travel Well, advocating for “well-planned sustainable travel that can be a force for good for all involved.” After all, as they acknowledge: “The UN has marked 2020 as a key deadline for reducing the world’s carbon emissions, and most environmentalists agree that, for travellers, flying is the biggest emission contributor on an individual level. But what’s a globetrotter to do?”

What’s a globe-trotter to do?

Maybe we could adopt a new identity, of globe-tender, instead of globe-trotter? Wherever we find ourselves. Maybe we start by asking permission, acknowledging the ancestors and stewards, ensuring we come with good thoughts and good spirits. And if, like me, you don’t have the language for those things, maybe in this decade in which everything we do matters more than ever before, your next adventure starts with learning one.