On the last day of April, Michelle Beks who lives up the Valley on what you’d assume is a quiet rural road, but is actually anything but, posted on the Facebook Community Page that she was feeling angry. She had picked up her grand-daughter from the bus, and learned that tow cars had blown past his flashing red lights and stop sign while children were on the road in front of the bus.

She’d seen it happen herself earlier in the winter, when the bus stopped to pick up the kids at her driveway. Red lights flashing. Bus fully stopped. Trucks driving past.

Kids have taken to memorizing licence plates to report them. Parents have taken to standing in the middle of the road, like a human shield, to prevent the cars blowing past while their kids are getting on or off the bus.

That’s against the law.

AND every time someone doesn’t stop, a child’s life is at risk.

It is illegal to pass a school bus when the red lights are flashing.

The fine for passing a stopped school bus is $368.

Call a licence plate in the RCMP if you see it happen.

Educate the Smalls, not to assume drivers will stop for them, but to stop, look both ways, make sure it’s safe, before crossing in front of the bus or running out to it.

But, there’s a bigger education piece to the conversation, too, which made me grateful Michelle blew off her steam on Facebook.

I had to confess: I have done that. I have scooted out past a bus when it stopped to pick up kids. I didn’t grow up in a land of yellow school buses. I got my Canadian driver’s licence over a decade ago, after driving on my Aussie licence for years, and I didn’t have kids, so I probably didn’t pay much (any) attention to that little rule of the road. It was ignorance. And dangerous. And luckily, I don’t have to live with the consequence of someone being hurt or killed because of my ignorance.

So it doesn’t hurt to put out a reminder… no matter how much of a hurry you’re in, the school bus trumps your rush.

It is illegal to pass a stopped school bus. If you get caught behind one, make a note of the time, and leave a few minutes earlier tomorrow.

Rush hour is getting pretty insane around this ‘hood. But unless parents stand in the middle of the road handing out green tea to commuters, the simmer-down-and-give-the-bus-a-brake vibe has to come from all of us. 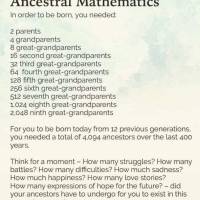 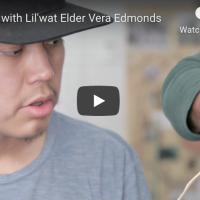 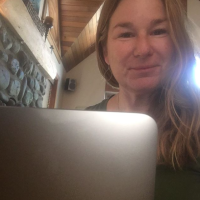 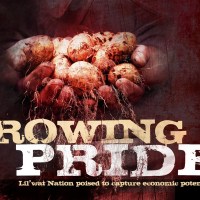