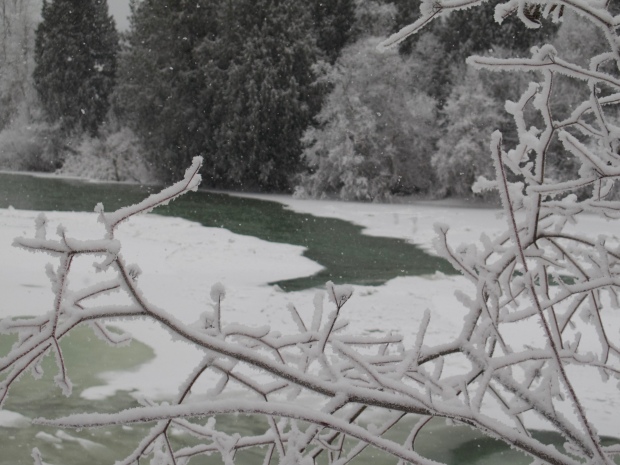 Today, the Lillooet river was choked with ice floes and the heron at one of the inflow channels looked very forlorn waiting for a feed of fish. I had no urge to rush to the edge as I had when I was a kid. We were warned early on that the river was unpredictable and very cold; we had heard the accounts of those who had drowned. Still, I loved to fish and there were fat trout in that river. Once I got old enough to go exploring on my own, I roamed the river banks as often as I could. The icy waters that I saw on Boxing Day reminded me of an excursion I made when I was about fourteen:

The snow piled up beneath my skis and I started to sweat. Two hours previously, I’d begun a cross country skiing/fishing trip. At first, I enjoyed the freedom of gliding along atop the snow while our dog King, a big Samoyed Collie cross trotted along beside me snuffling at the recent tracks and plunging his face into the drifts. After the first hour though, the snow had warmed up and begun to stick to the skis. I’d reached a point where it would take me at least a couple of hours to double back home or, I estimated, about half an hour if I found a way across the river.

King kept stepping on the backs of the skis as I bushwhacked through the willows. He was tired too. Bushes slapped my face and I often sank deeply on one leg and got a ski stuck on branches under the snow. Just when I got free from the branches, King would step on the skis and the resistance would pitch me forward. I began to swear but oddly, that didn’t help.

Finally, I kind of fell out of the bushes and onto an open sandbar. My legs were shaking and I was soaked with sweat, so my jeans clung tightly. I scanned the river for an ice bridge and felt tears of frustration well up when I found none. The water was just green and very cold looking. I glanced back at the way I’d come and then across at the far bank, which seemed tantalizingly close: three hours of slugging back over my route or twenty minutes, maybe ten, across the river. I chose the river.

I took off the skis and hoisted them and my poles and fishing rod and began to wade the river on the diagonal, walking straddle legged because the soles of my old boots were metal and they slipped easily on the rocks. Behind me, I could hear King splashing across too and I began to feel quite proud of my smart decision. Even though my mind was echoing with my mom’s warnings about “that dangerous river” I was proving her wrong; it was easy going and the shallow river barely tugged at me. Then the river deepened. I began to scramble to stay upright as the current buoyed me up, then suddenly my legs were swept from underneath me. King had started swimming and been carried downstream where his body hit my legs. I began bobbing down the river, scrabbling to get some purchase on the slippery stone while stupidly holding my poles, skis and fishing rod above my head. Somehow I stood back up and lurched towards the shore, where King was vigorously shaking the water from his coat and waiting for the next entertainment I might have for him. 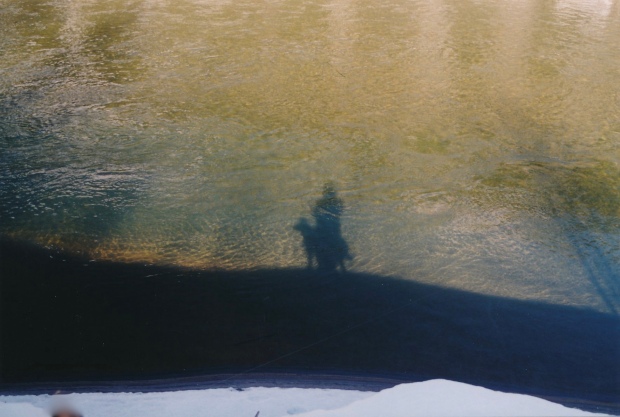 For the first time, I wondered how I would make it up the steep, icy bank. I had started shivering and my fingers would not work properly. I threw the fishing rod over the top and put the skis back on to try side stepping. Each attempt, I slithered backwards till finally, I thought, “maybe I should just rest here for awhile.” It seemed an awfully long ways up that bank and besides, I’d begun to feel warm and the snow looked soft and comfy. The dog would keep me company…

Fortunately, I decided instead to throw the skis over the top as well and to scratch and claw my way up the bank. I buckled into the skis again and plodded towards home. A couple of times I thought about resting again, maybe even sleeping a bit, but each time I kept going instead.

At the house, I crept in the back door and took off all my gear downstairs, then sidled back up to my room. “ How was skiing, dear?” asked my mom from her chair.
“Fine,” I said, through lips that barely moved and hurried to the bathroom to shower and change.

Years later, I told her the truth. Many years later.

Article by @squamishchief linked in our bio
Curious to know more about our water supply and Village of Pemberton's. Is Pemberton having any water restrictions?
👏👏👏👏
Repost through @femalecollective
Repost @couples.counseling.for.parents
Heart goes out to all the survivors today 🧡 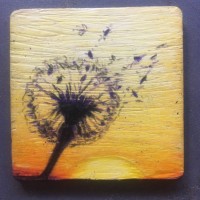 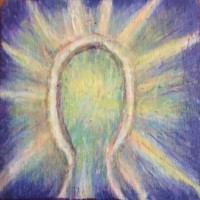