Always an inspiration, Janet Ouchterlony, (who has previously posted for us on her penchant for finding hearts everywhere, on her kids’ love of bannock, on parenting, the food bank, local mountain bike champs and being able to do random acts of kindness of other people), shared her experience at last weekend’s Iron Man, and we had to share. What better definition of wellness is there than jumping into a team adventure with both feet, and having a blast in the process? Over to Janet:

So in late June I found myself registered for IRONMAN Canada & IRONMAN 70.3 Canada after a text from a friend connected me with two people who were in need of a rider to round out their relay team.

The next time we would meet would be race day, so a quick snapshot of the gear we would be wearing to make it easier to recognize each other was exchanged.

I dropped Lisa’s bike off in the racks.

I woke up to sage advice from some pillows and hit the beach to catch the start. 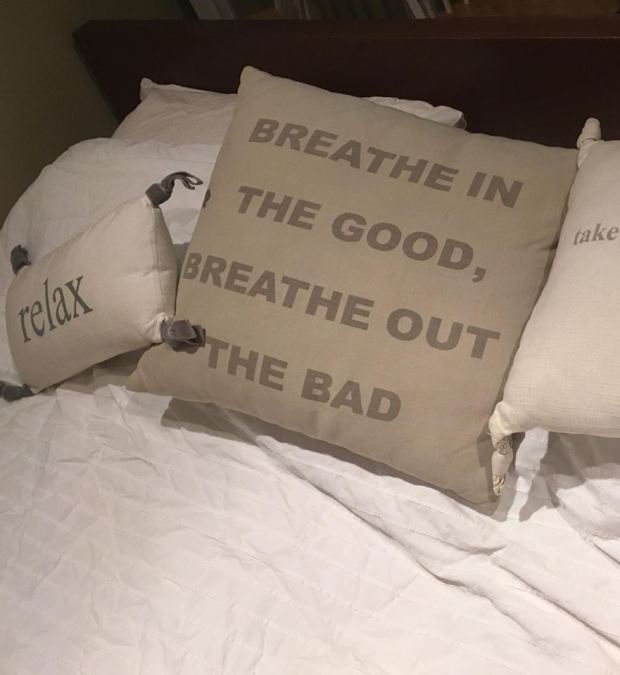 A stunner of a morning had shown up to meet the racers. Off they went. I never saw my teammate Kathryn in the mix pre race but right around the time she said she’d be done the swim she showed up. 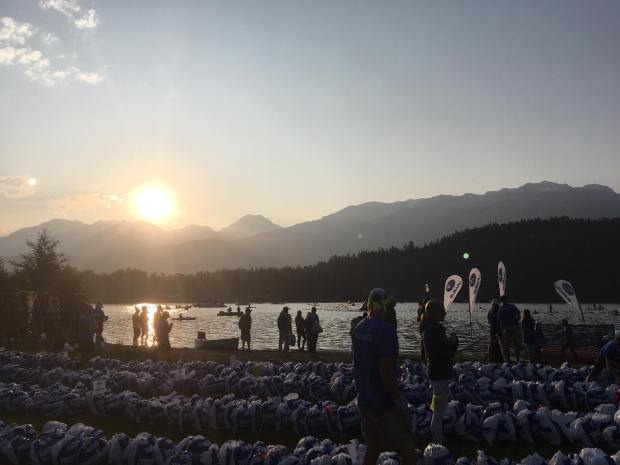 It was almost like we had practiced this, except for the part where she ran by me and I didn’t notice but eventually we sorted it out, passed on the timing chip and off I went.

The road had no shortage of people whizzing around on bikes and I felt a bit like frogger negotiating the roadway. Eventually I found my space and found a pace and off I went. I took it all in and enjoyed the ride.

It was such a treat to be out on the bike and to come across friends who cheer you on like you’re a rockstar. I can never say it enough but I have the best people in my life.

I don’t seem to have the strongest time prediction abilities and ended up at the transition sooner than I figured. Thankfully my teammate Demonato Ator was there early and away he went.

After guzzling about 10 bottles of water and a freezie delivery mission, I was reunited with our swimmer. Off we went to the finish to cheer on our anchor.

We couldn’t have timed it any better as our runner crossed the line moments after we arrived. If we had anything that day we had good timing.

As it turns out though, not only did we have good timing but we had a pretty good time too. Apparently we ended up in 5th.

Super grateful for the experience with my team and to all the people who supported us along the way. To the volunteers, you rock and your spirit is infectious. Tracey Cruz thanks for orchestrating. Pattie Lindsay thanks for the chill evening and taking care of Ry and I. Kristina Rody and B78 thanks for putting up with a running client with a biking habit

😉 CLIF Bar thanks for the snacks and helping me to look legit with the only matchy matchy kit I own. Ryan and Sean, I love you and can’t thank you enough for being my biggest cheerleaders

❤️Christine Cogger always thank you for the laughs and way to step up and do the best with what you had. May your August be filled with lake jumps, hammock time, your favourite peeps and warm salad.

View all posts by Janet Ouchterlony 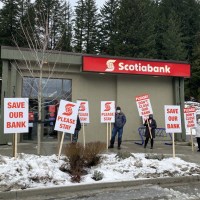 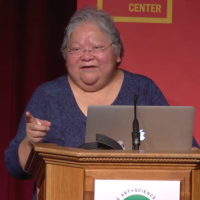 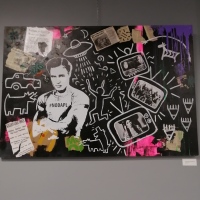 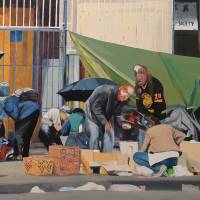