On Tuesday, January 23, a powerful earthquake struck the coast of Alaska, triggering a tsunami warning down the coastline. Recent Pemberton resident, and our former guest emergency preparedness columnist, Rachael Low, was there. And because changing postal codes doesn’t ever take the Pemberton out of you, Rachael offered to share some of her front-line, staring-down-a-tsunami insights with us here. To help us be #PreparedAs

In the Face of a Disaster

This week’s tsunami warning was a wake-up call in more ways than one. My husband, who was one of the fire fighters on duty that night, called me at 2:45 am to let me know what was happening. By 3am the tsunami alarms – a sound not unlike the WW2 air raid sirens – were howling in an otherwise peaceful night. Our home is well outside of the tsunami zone, so I didn’t have to evacuate to higher ground as many others did.

Until we moved to Port Alberni about six months ago I was the Emergency Program Coordinator in Pemberton and well versed in late-night calls to manage the town’s emergency response efforts. But being a regular member of the public was a totally different experience. Without the happy distraction of taking care of everyone else, I could see how easy it would be to panic. I was home alone, 37 weeks pregnant and completely reliant on the local radio station and social media for information.

After hanging up the phone with my husband I sat for a few minutes in the dark. Where to start? I ran through the scenario in my mind – the bottom section of town would be flooded, and I could be stuck in my house for at least three days potentially without power and water. I thought through what I might need and made a quick to-do list. The radio presenter announced that landfall was expected at 4:40am, it was almost 3am so I had some time to get ready – whatever that meant!

As it turned out the wave never came and the warning was cancelled, making this the most realistic drill I had ever taken part in. Wide awake and spiraling in the strange anti-climax of the whole event I decided to do a review of what I had learned in the past few hours:

For a long time I’ve had this rule that I never let my tank be less than half full. Even though I didn’t need to evacuate on Tuesday night it was nice to know that I could. I saw people on Facebook talking about the huge line-ups at all the gas stations – as if the situation wasn’t stressful enough already!

I had previously thought it was good enough just to know where everything was (yes, I know. An emergency planner should know better!). Scrambling around my garage at 2am trying to remember where I’d stashed the flashlights was about as far from fun as I could get. And I had no spare batteries. Time won’t always be a luxury though, and I now have my emergency supplies packed up in a pretty red plastic tote.

My husband informed me (not without some stifled laughter) that the BIG RED CORD hanging from the opening mechanism was for if the power went out. I had backed my car out on to the drive way – just in case.

I spent some time scanning social media for information on the event, but found that I was reading more fear-mongering and panic than useful information. Social media plays a vital role in emergency communications, but it’s so important to make sure that you rely on reputable sources such as your local government or news radio station rather than what Dave-down-the-street has to say about it.

It could have been so easy to panic, especially as I was home alone with only my dogs and the cat to speak to. But I kept myself busy – filling up the bath tubs with water, gathering supplies – I even took a hot shower just in case the power went out. I’ve added a couple of puzzle books and some playing cards to my emergency kit for next time.

I am so thankful that the tsunami never came, and to have had an opportunity to practice what I have been preaching for the past two years. Even though Pemberton will never be rudely awoken by a tsunami warning siren at 3am, I hope that my experience will encourage even more of you to put together an emergency kit and get prepared. 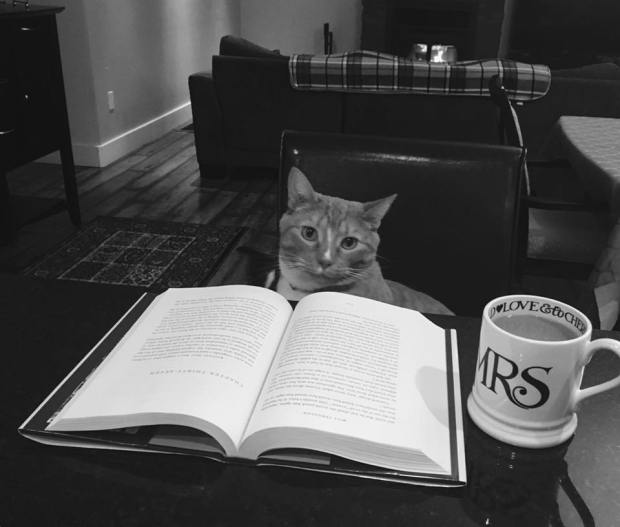 Tsunami warning cancelled. Rachael gets back to her regular routine

Inspired to get your emergency sh*t together? Revisit Rachael’s 7 Days of Emergency Preparedness series here.

What to put in an emergency kit: https://thewellnessalmanac.com/2017/05/10/all-you-need-is-love-and-an-emergency-kit-emergency-preparedness-week-hits-day-4/

And send photos of your tote to TheWellnessAlmanac@gmail.com. So we can use you as inspiration in our efforts to encourage everyone to be #PreparedAs.

View all posts by rachaelannlow 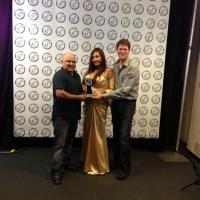 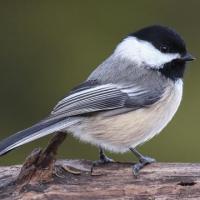 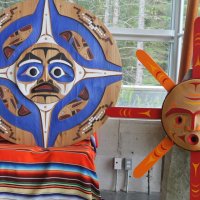 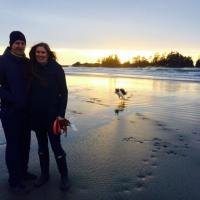