I read an article that said the single best way to win the dinner party (ie make a positive enduring impression) is to ask people what they do for a living, and then say: “That sounds hard.”

Apparently, this social ninja move is the fail-proof opening gambit. Three simple words to bypass tedious small talk! Dive direct into interesting insights! Maybe we are universally wired to obsess over our own struggles? Maybe most members of humankind (at least the first world ones) feel sufficiently under-appreciated in whatever work we’re doing, that given a genuine invitation, we’ll launch into true revelation.

So when I say that motherhood is hard, I’m not saying that fatherhood isn’t, or childlessness isn’t or being a kid isn’t or being a cartoonist or a liftie or the Prime Minister isn’t. I’m not trying to win the Golden Globe for Dinner Party Guest of the Year. I’m just saying there’s a reason when you ask an 8 month pregnant woman, or the toddler-wrangling, infant-wearing, coffee-toting mama, how she is doing, that for a second before she recovers her equanimity you glimpse the whites of her eyes.

Childbirth is daunting. Motherhood is strange and complicated and high-stakes. Change is hard, and the almighty transition from being childless to having a completely-and-utterly-messily-and-noisily-dependent is dizzyingly hard, too.

But then, so is everything worthwhile.

And there are always ways to make the hard stuff easier.

That’s their job description, after all.

Christine Spierings, an early childhood educator and mama of two, is now a birth and postpartum doula.

Says Spierings simply, the number one requirement of her work is “to not let the mum feel sorry for herself.”

Added bonus: a really awesome doula will make the partner parent look like a hero, a role they’re about to be called upon to play with alarming regularity.

“I didn’t know what I was going into,” remembers Spierings, about having her first child sixteen years ago, “I went to pre-natal classes and I kinda listened. But I basically went into hospital and curled up on the bed in the foetal position. I didn’t really walk much, I didn’t do anything and I had a really long labour. Whereas now I know, the more you stand up and the more you move, you’re allowing gravity to work for you and the movement is helping your pelvis adjust and let the baby move through.”

In other words, it was hard, and it could have been easier. Cue Spierings’ career change. Plus, she loved being pregnant. She loves babies. And she can imagine herself, even in her 70s, jumping in the car and whipping down the highway to meet a client at the hospital.

Coaching a woman through the birth experience is one reason she’s also just trained as a Dancing for Birth instructor – and is offering a 5 week program at the Community Centre for expectant and new mamas.

“It’s not all dancing,” says Spierings. “It’s gathering and sharing in a safe comfortable space. Getting to know your peers, having the change to talk about your discomforts, apprehensions, changes, what’s going well for you, stretching, collecting yourself, relaxation, breathing. Then you get up and dance – Latin inspired, afro, belly dancing, all types – but mostly it’s about movement so you can create habits you can take in to the delivery room. The more you create healthy habits – movement and mental calm – before you have the baby, the calmer you’ll be in delivery. A lot of women like to be in control. And when you’re going into labour, you are not in control. You have to let go and be open to what’s unfolding.”

Doula-assisted births tend to result in shorter labours with fewer complications and medical interventions – statistically proven outcomes that prompted the First Nations Health Authority to recent funding doula services for Aboriginal families in BC through a special grant program.

Currently, doula services are not covered through the public health system, although some insurers, including Sun Life, are started to offering coverage.

Not Letting Mamas Feel Sorry For Themselves is a skillset that would be welcome well beyond the delivery room. But before we manifest a world in which there are food doulas for new parents, back to work doulas to help keep the wheels on after the one year maternity leave is up, death doulas to help guide the terminally ill, let’s at least make it commonplace to have a doula or midwife appear at every person’s original birthday. 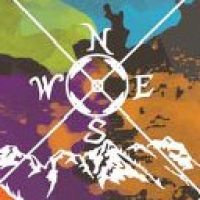