Hannah Jones, Chantal Thomas, Mallory Ritchie and Sarah Joe from the Xet̓ólacw Community School produced a short film, “Taken Away”, for Cinematheque’s Canada on Screen program. The project encourages youth to define what it is to be Canadian through the film.

“Taken Away” centres on the words of residential school survivor Harry Dick. His testimony is powerful and heart-breaking.

Taken Away from The Cinematheque on Vimeo.

The film attracted the attention of the CBC, who interviewed Hannah Jones for On the Coast.

Be sure to watch it.

via CBC News: A group of Grade 11 students from Lil’Wat Nation are exploring the experiences of residential school survivors — some of whom are family members — through film.

Hannah Jones and her classmates produced the short film Taken Away for The Cinematheque’s Canada on Screen program this month. The event encourages youth to explore their own ideas about Canadian identity as part of the Canada 150 celebrations.

“It just shows that we’re still here today and it still affects us,” Jones told On The Coast guest host Gloria Macarenko.

The students based the movie on their interviews with one teen’s grandfather, a residential school survivor named Harry Dick.

“It was a great honour to have him,” Jones said.

It only took the students a week to learn to film, conduct the interviews and cut finished product together.

Jones said her own family has experienced the trauma of residential schools. Some of her grandparents, aunts, uncles and cousins all went and have rarely spoken about that part of their lives.

“It’s hard to talk about that past, but they’re starting to open up a little bit more,” she said. “It still affects them, but they’re getting through it.”

The student said her family has watched the film and called it powerful.

Photo are screenshots from the film Taken Away. The film can also be viewed on Vimeo at https://vimeo.com/215270375 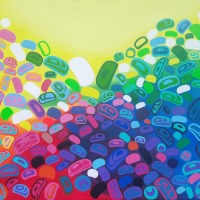 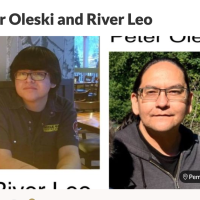